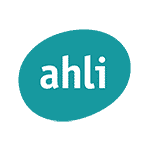 The competition, organized for the second year in a row by the Children’s Museum with the support of Jordan ahli bank, aims to foster children’s love of reading and instill it as a lifelong habit by enhancing their passion for knowledge and enhancing their language skills through spending their winter vacation reading various books and stories.

“We congratulate all the winners of this competition, and we are proud of our strategic partnership with the Children’s Museum since its inception in 2007,” said Mr. Mohamed Mousa Daoud, CEO/General Manager of Ahli Bank. This year, we followed the Museum’s lead and launched a similar competition for the children of our employees, as we believe in the value of reading and knowledge.”

Sawsan Al-Daleq, Director General of the Children’s Museum, congratulated the winning children and expressed gratitude to all participants in the competition, as well as to Jordan ahli bank for their continued support of the competition for the second year in a row. “The competition idea came last year in response to the epidemic conditions imposed by the closure of educational and recreational places and facilities in front of children during the last winter vacation, and this year we considered the necessity of continuing this type of knowledge and literary competitions due to the numerous benefits they provide to children and society,” she added.

Jordan’s Children’s Museum is a non-profit educational institution founded in 2007. Its methodology for children (1-12 years) is based on “learning through play” and uninhibited interaction, in which children learn interactively through the museum’s more than 185 educational exhibits (models), as well as through the museum’s numerous programs and activities throughout the year, which focus on the themes of visual arts, STEAM, early childhood, and reading. As a non-formal education institution, the Museum’s activities are directed toward fostering children’s cognitive, social, emotional, kinesthetic, and linguistic development. 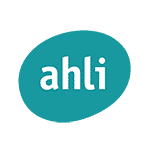