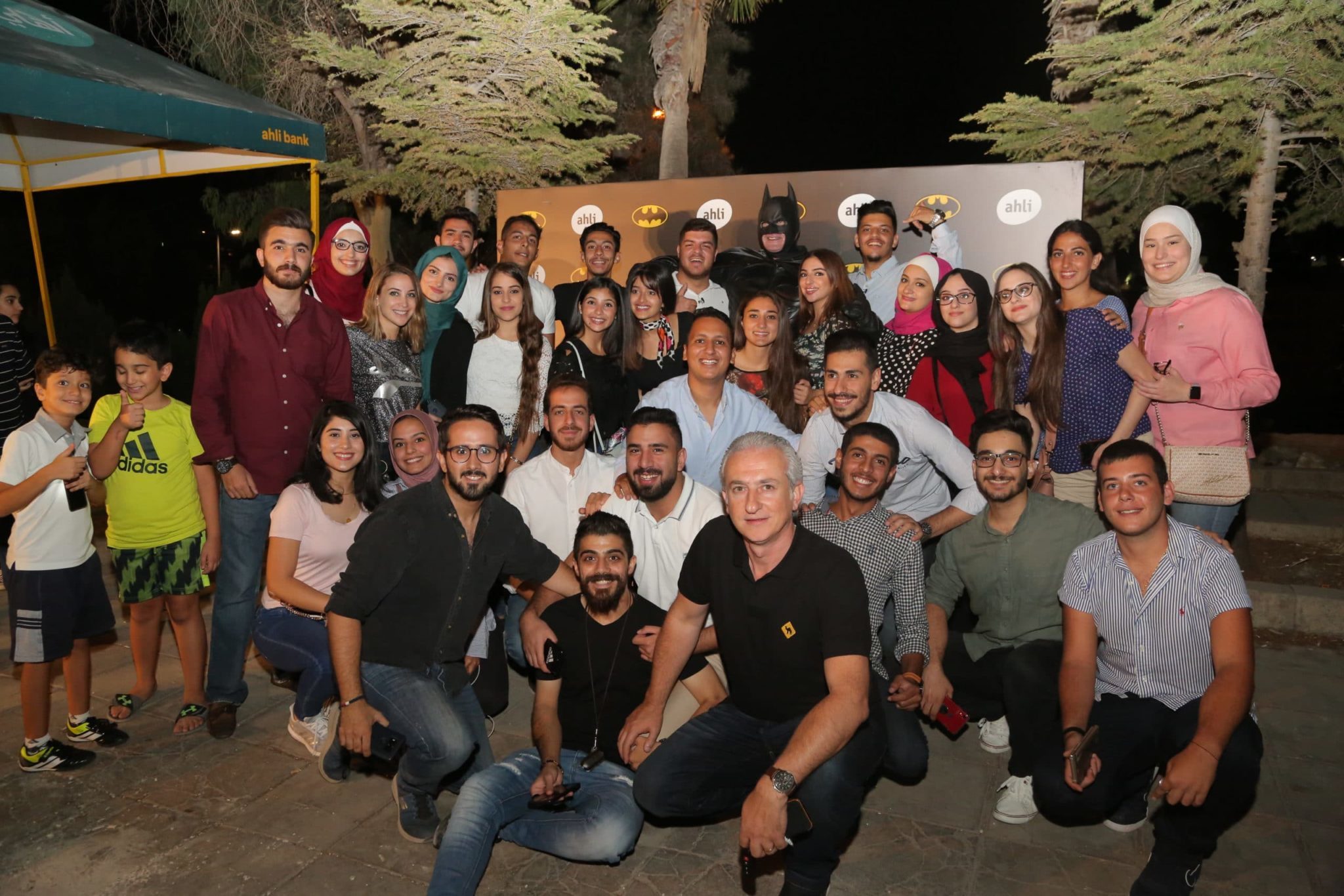 As weird as it might seem, ahli bank, a local bank in Amman-Jordan celebrated the 80th anniversary of Batman on September 21st for the annual celebration of the Dark Knight! In a move that is considered a first in the region – and in the banking industry – ahli bank has joined thousands of other fans, comic book retailers, schools and other organizations across the globe to bring fans exciting festivities and to put Amman, the capital of Jordan on the map of cities celebrating the Dark Knight, for the very first time!

Not only did ahli bank light up their HQ building at the heart of capital city Amman with the Bat Signal in all its glory, but the Dark Knight himself has shown up from the darkness in his shiny black Lamborghini and to the sound of Batman theme music which created a atmospheric spectacle. And before he disappeared into the night, Batman greeted the fans and onlookers who were happy to see him and spent time taking selfies and posing with the Bat himself